Right to Work is Wrong for Everyone

Right to work may sound like a good idea, but the reality of this legislation has nothing to do with providing rights or work for the working families of America.

What is Right to Work Legislation?

Right to Work laws make it optional for workers, who receive the benefits of a collective bargaining agreement, to not pay their share for the expenses that the Union incurs while guaranteeing the rights of all employees.

If Federal Labor laws already protect workers that don’t want to join a union, why are they trying to pass the Right to Work Act?

By limiting Unions’ resources and diminishing leverage at the bargaining table, it weakens the ability of workers to have a voice. Without workers having a voice these laws would:

Who’s behind Right to Work?

After the 1947 Taft-Hartley Act passed, former Congressman Fred Hartley and a group of business leaders formed the National Right to Work Committee (NRTWC) along with the National Right to Work Legal Defense Fund, whose goals were to pass Right to Work laws in all 50 states and ensure the elimination of organized labor. The committee and legal fund still exists today and are both funded by the U.S. Chamber of Commerce, as well as key financial contributors including the Koch brothers, the John M. Olin Foundation, the Walton Family Foundation, Castle Rock Foundation, the Bradley Foundation, among others.

Other supporters of Right to Work measures include the American Legislative Exchange Council (ALEC), the Heritage Foundation, the Cato Institute, and the American Enterprise Institute, all of which pursue anti-worker political agendas throughout the county.

Where did this anti-labor “Right to Work” slogan come from?

The idea of the Right to Work laws originated from Dallas Morning News editorial writer William Ruggles, who on Labor Day 1941 called for an amendment to the United States Constitution prohibiting Unions from having closed shop. That idea sparked Vance Muse of the Christian American Association to lobby throughout the south on behalf of conservative and corporate interests, to create so-called Right to Work legislation to maintain the racial order of Jim Crow Laws and prevent workers from improving their working conditions. Muse would continue in his career to fight against: women’s suffrage, the child-labor amendment and the 8-hour work day.

What can I do to help STOP this so-called Right to Work legislation?

The only way we will stop these laws from passing nationally is to get involved, educate the community, organize workers, and hold our elected officials accountable. If we don’t they’ll weaken America’s middle class and strip everything away.

For more information on how you can get involved contact your Local Union or Joint Council 42 Anti-Right to Work Communications Director Jacqueline Korgan jacqueline@jc42.net

Make Sure We Have a Voice on the Job. 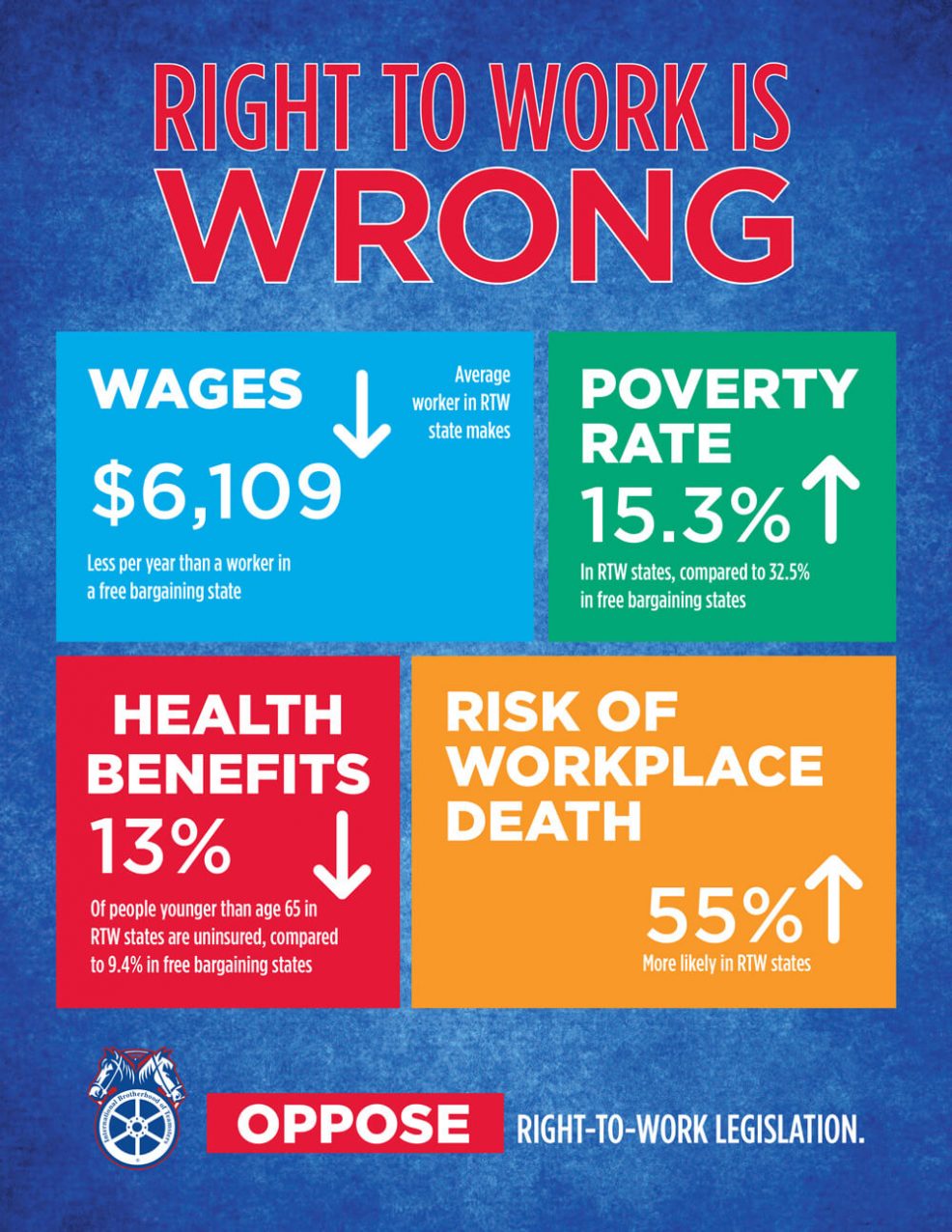